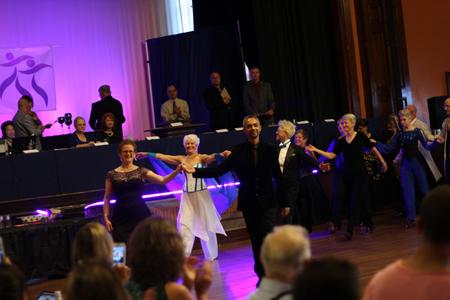 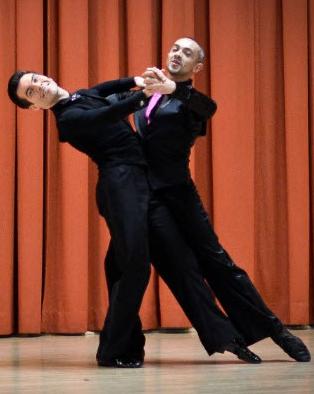 We are the organizers of the only same-sex ballroom dance contest in New England. Started in 2013 we bring together to the Bay State amazing dancers from all around North America.  We have hosted the Boston Open Dancesport Competition, United States Same-Sex Championships, North-American Same-Sex Championships and since 2018 New England Open Championships.
The dance competitions are a yearly event that embraces equality and acceptance among the mainstream and LGBTQ communities through one form of artistic performance - artistic and competitive ballroom dancing.

Bulgarian-born Kalin Mitov has been living in Massachusetts for seven years. Prior that he had competed in many prestigious dance competition including the Eurogames in 2005 in the Netherlands and 2004 in  Munich, where he became Finalist in Class A Latin division.

Since coming to the United States, he had been looking for a same-sex ballroom dancing partner until in 2010 Start practicing with Michael Winward.

Kalin Mitov and his partner, Michael Winward have been dancing together for almost two years. Their highest achievements are winning the 2011 US Championship of Same-Sex Dancing in Oakland, CA in Smooth and 9-dances American Style Dancing and 2012 North America Outgames Vancouver, CA; 2012 Sacramento CA Smooth, Rhythm and 9-dance champions s Standard, Smooth and Rhythm championship and 2013 US Champions in all American Styles.

A feature documentary film about same-sex ballroom dancing – called Hot to Trot -- is being produced by our friend Gail Freedman. You can check out their great website at www.hottotrotfilm.com.  You can also “like” their Facebook page and help spread the word! They need a lot of help with funding – making a documentary film is expensive – so please let everyone know.  We all know how hip and hot and transformative same-sex ballroom is – and now the world will know too.